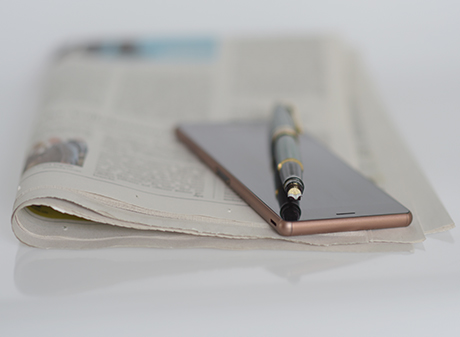 A team of Neuroscientists from NeuroCure Cluster of Excellence at Charité – Universitätsmedizin Berlin and Baylor College of Medicine in Houston, Texas, have made a major breakthrough in understanding how signals are processed in the human brain. The paper, published in the current issue of the scientific journal Neuron, shows that a certain type of protein – the “vesicular glutamate transporter” (VGLUT) plays a crucial part in the strength regulation of synaptic connections. This regulation enables synapses to vary in strength.

Synapses transmit the communication between different neurons within the central nervous system and depending on their function in the brain, they operate differently. For example, the cerebral cortex bundles a vast amount of information and in order to process this, neurons need to dose or regulate the information. Neuroscientist Christian Rosenmund, who moved his lab from Baylor College of Medicine to Charité – Universitätsmedizin Berlin in 2009, has been focusing on the function of synapses for years. “A neuron can be compared to a music enthusiast. He doesn´t hear the single sounds but the whole concert. Synapses are like single sounds. Some play louder, some play more quietly”, he illustrates. But until now scientists didn´t know how they were regulated. However, a dysfunction of synapses can have a dramatic impact on signal processing in the brain and can lead to neurological diseases. The Rosenmund team has now made a major breakthrough and discovered the regulator for the volume of the nerve cells – the protein endophilin. Its interaction with a certain variety of the glutamate transporter (VGLUT) plays the key role. The widely known ‘housekeeping’ function of these proteins is to fill vesicles with the neurotransmitter glutamate. That the transporter has a regulating function as well was a big surprise.

“We found a mechanism how the strength of synapses is controlled. The brain can adapt a synapse adequately to different brain functions. This insight can help us to understand a number of neurological diseases like epilepsy and even treat them”, explains Rosenmund. In the future the scientists want to investigate further the pathopysiological relevance of glutamate transporters.

The NeuroCure Cluster of Excellence at the Charité – Universitätsmedizin Berlin is funded as part of the Excellence Initiative of the German federal and state governments and translates basic research results in neuroscience into clinical application. By improving our understanding of the mechanisms underlying disease mechanisms, the expertise of the interdisciplinary research alliance contributes to developing effective treatments for neurological diseases such as stroke, multiple sclerosis and epilepsy. Apart from the Charité, NeuroCure partners include Humboldt-Universität zu Berlin, Freie Universität Berlin, the Max Delbrück Center for Molecular Medicine (MDC), the Leibniz Institute for Molecular Pharmacology (FMP) and the Deutsches Rheuma-Forschungszentrum (DRFZ).

For more information about the research please visit www.rosenmundlab.de
www.neurocure.de